Back To All News & Posts

A shower operated by foot pedals, an automatic feeding tray, a surface-adaptable wheelchair, a color-coded flashlight, and makeup “sheets” for people with limited dexterity.

These were among the 106 ideas that American schoolchildren dreamed up for the Make the Change Challenge sponsored by ADI, an Israeli residential and rehabilitative care network for individuals with severe disabilities.

I had the honor of serving as one of the judges tasked with choosing five finalists and the grand prize winner of $1,000 from the Avraham and Esther Klein Young Entrepreneurs Fund. 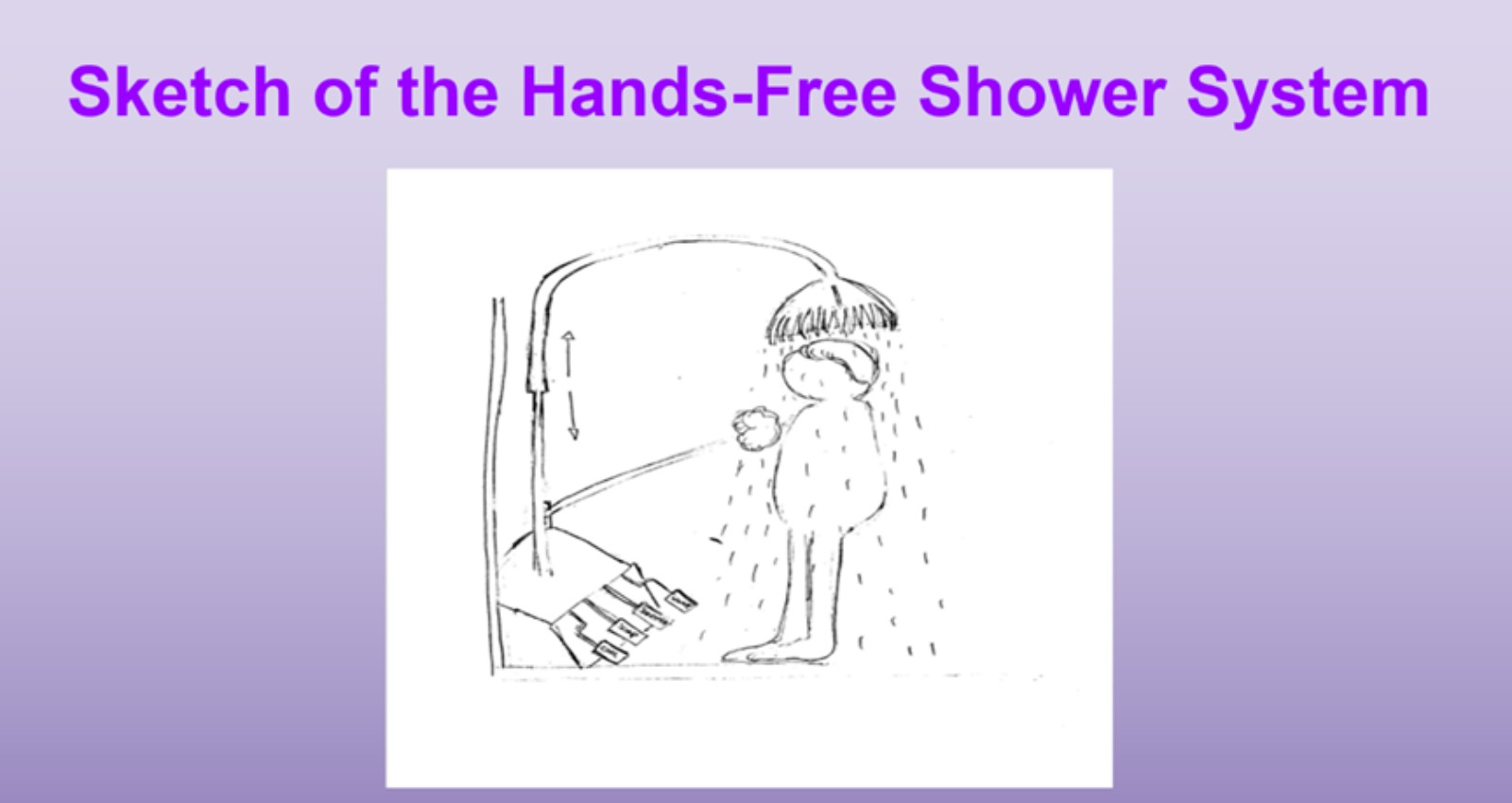 This wasn’t a typical maker event where prototype inventions are 3D printed. The kids were required only to show in a slide presentation how they’d solve a specific challenge for someone they know with any kind of disability.

Also atypical for a maker contest: nine of the 10 semifinalists and all five finalists turned out to be girls!

The grand prize winner, sixth-grader Lindsey Shapiro from Maryland, did create a prototype of her Safe-T-Tape, a removable tactile floor guide for those with visual disabilities. 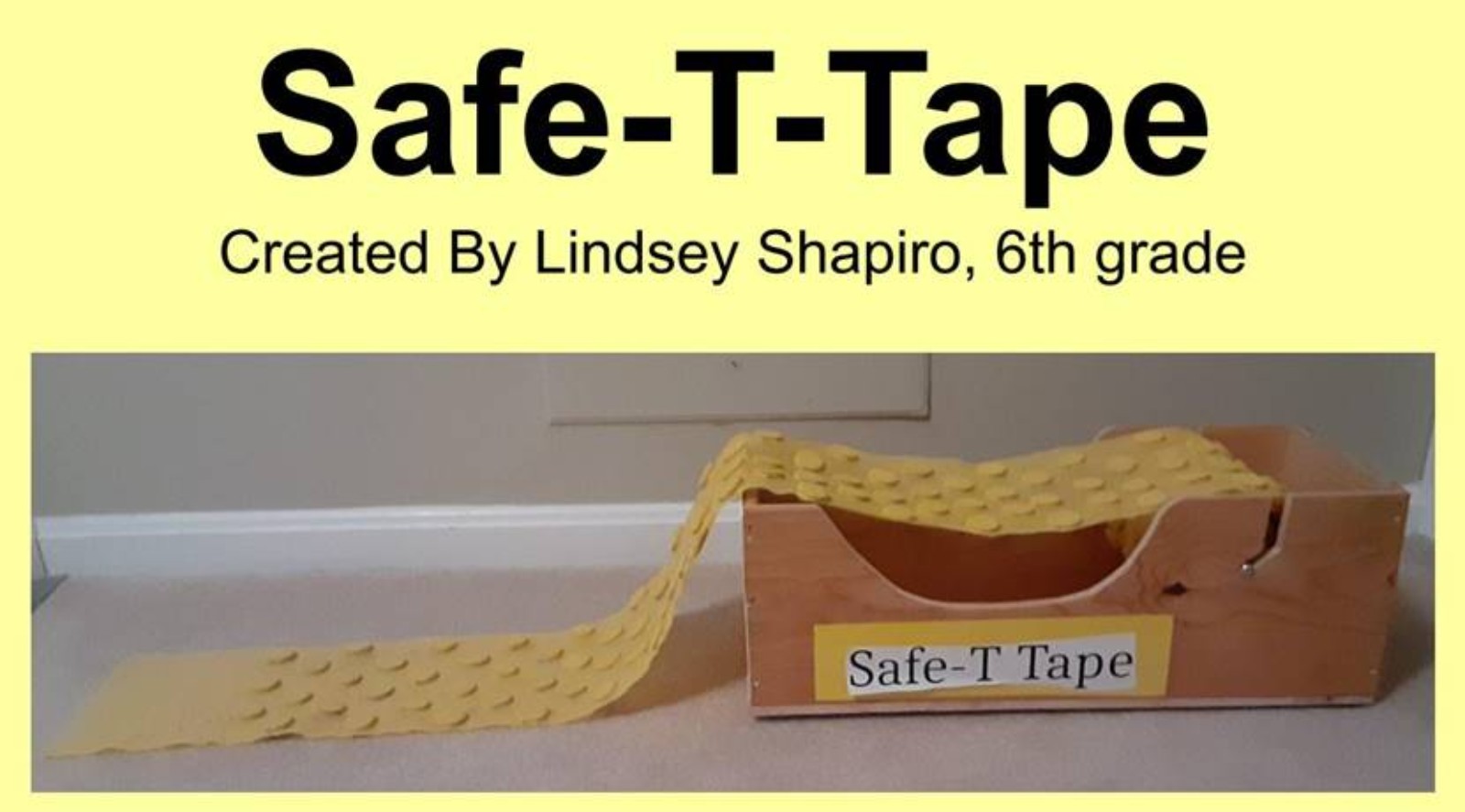 “I was wondering how people who are blind or visually impaired navigate the world without running into things, because there are so many obstacles,” explained Lindsey in a Zoom meeting on February 28, where we met the top five finalists.

“When I realized that tactile ground surface indicators were used in public places, I started thinking about how the same concept could be applied to all indoor and outdoor areas, without having to construct a whole new floor each time,” Lindsey told us as her proud parents, David and Stacey Shapiro, looked on. “Safe-T-Tape is a solution that promotes independence and is easy to place and remove.” 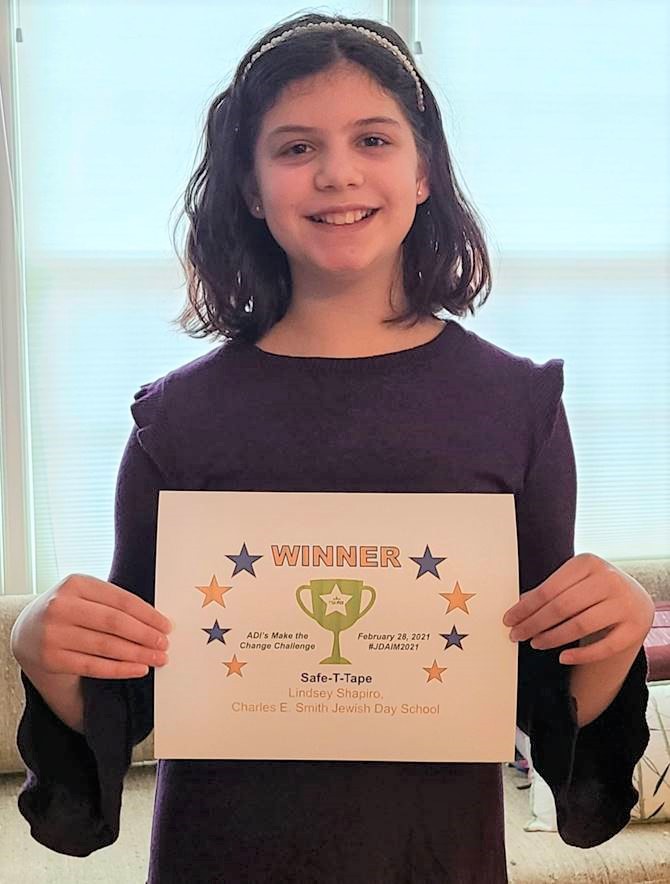 Dalya Prezant of Florida used a sock and three ponytail holders to fashion her Finger Gripper portable cupholder intended for children with cerebral palsy. The young inventor suggested this device could be made in sturdy silicone decorated with fun or trendy designs.

Hodaya Harary of Tennessee proposed an app-controlled dynamic grocery shelving system for people in wheelchairs. Like a vending machine, items would be secured with prongs and released into a slot after the user taps the code for the desired item on a smartphone.

Sahhar Azulay of Florida explained that the inspiration for her Myxable gadget, which enables people with weak hands to decorate cakes and cookies, was her young cousin with spinal muscular atrophy. 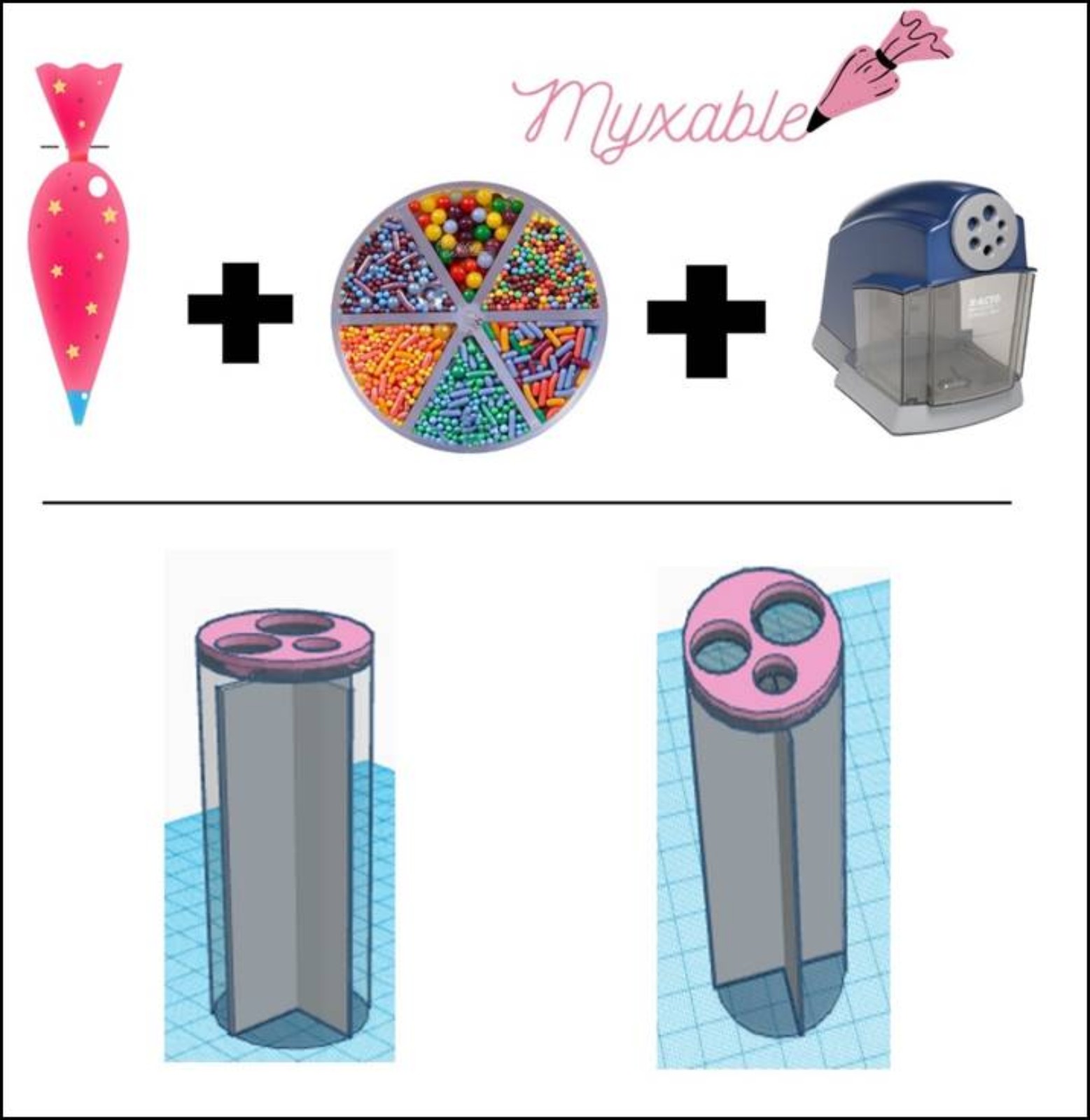 The aim of the competition was to “open the hearts and minds of North American schoolchildren to the needs, viewpoints and experiences of the disability community during Jewish Disability Awareness, Acceptance and Inclusion Month in February,” according to Elie Klein, ADI’s Director of Development for the US and Canada.

“While this new ‘selfless STEM’ contest could potentially inspire the creation of the next great accessible design solution, our true objective is to encourage the next generation to be thoughtful, sympathetic and see the world through the eyes of others,” Klein said. 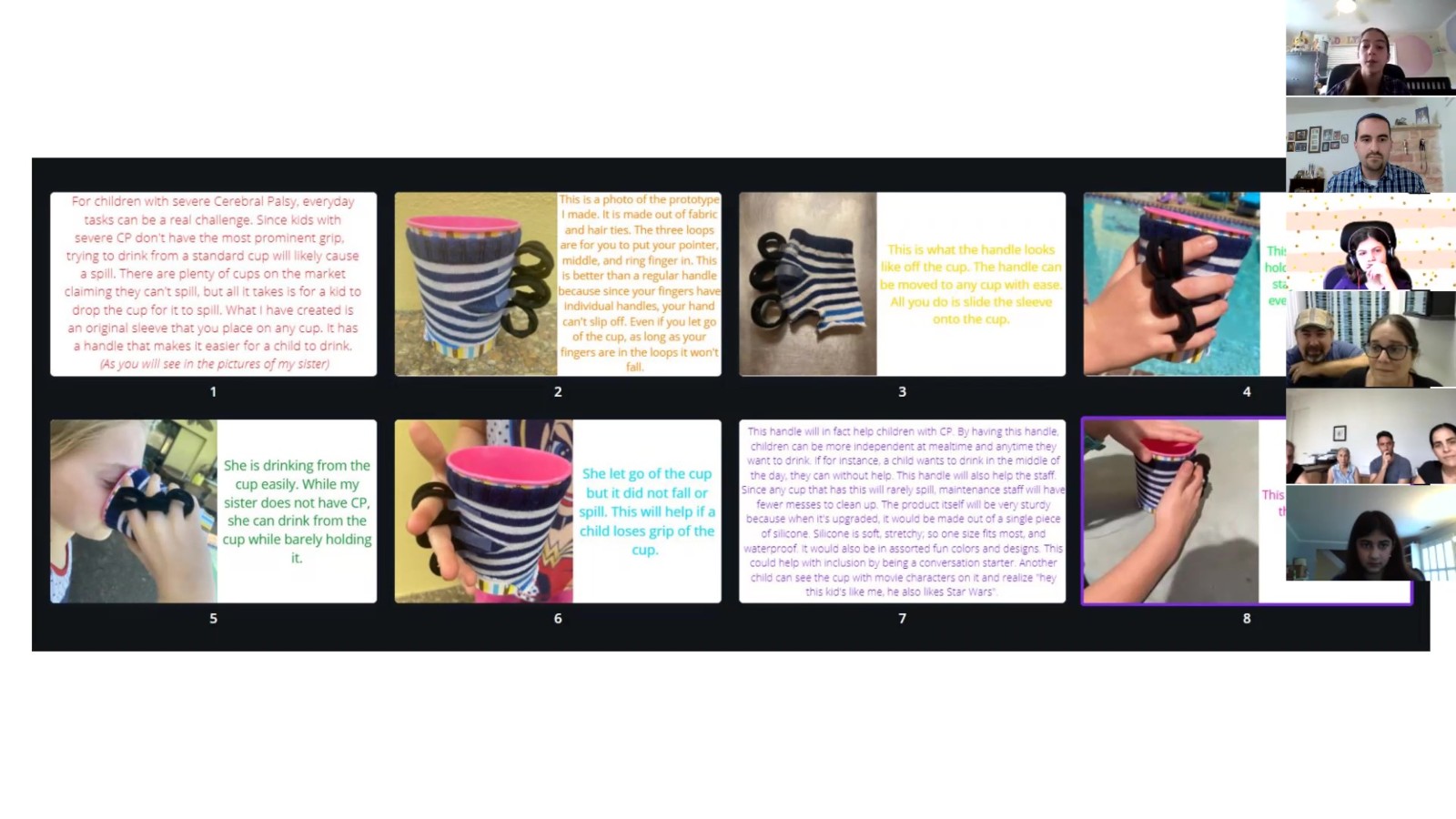 In addition to Klein, my fellow judges were Zahava Altshul, director of sports therapy and a special-ed teacher at ADI Jerusalem; Rafi Fischer, director of media communications at OrCam; and Shaiel Yitzchak, a robotics teacher and founder of The LearningWorks afterschool and summer maker program in Jerusalem. 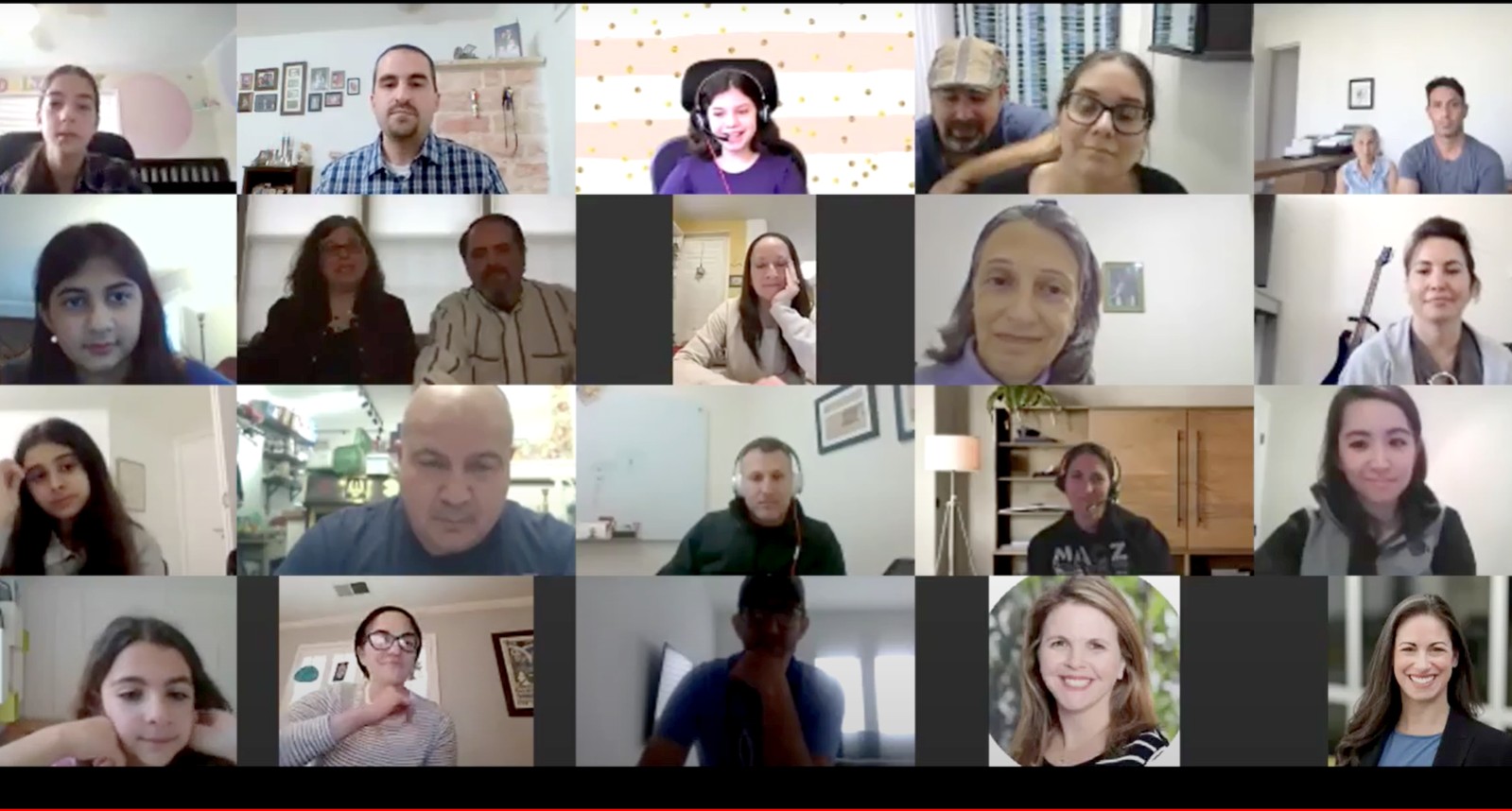 “OrCam MyEye is a communication tool that works offline. The Travel Glasses you’re proposing would use GPS to make it a communication and mobility tool, and that’s really impressive,” Fischer told Alexandra.

Klein concluded: “We are blown away by the consideration and creativity of our student participants, the newest members of the maker movement.”

To learn more about ADI and to donate, click here

We need your support!

By donating to ADI Israel, YOU will help us meet our goal to enable each child, regardless of the severity of disability.

A Vote of Confidence for ADI Negev-Nahalat Eran

When will we become an exemplary society?

Get inspirational updates from ADI about our latest happenings, events and new ways to get involved!

Menu
ADI (formerly ALEH Jerusalem and ALEH Negev-Nahalat Eran) is no longer associated with the ALEH network in any way.  All donations for ADI Jerusalem and ADI Negev-Nahalat Eran should be made via channels explicitly bearing the ‘ADI’ name, including this website and our “Friends of ADI” offices in the US, Canada, and numerous other locations around the world.
Email
Campaigns
Boutique
Donate